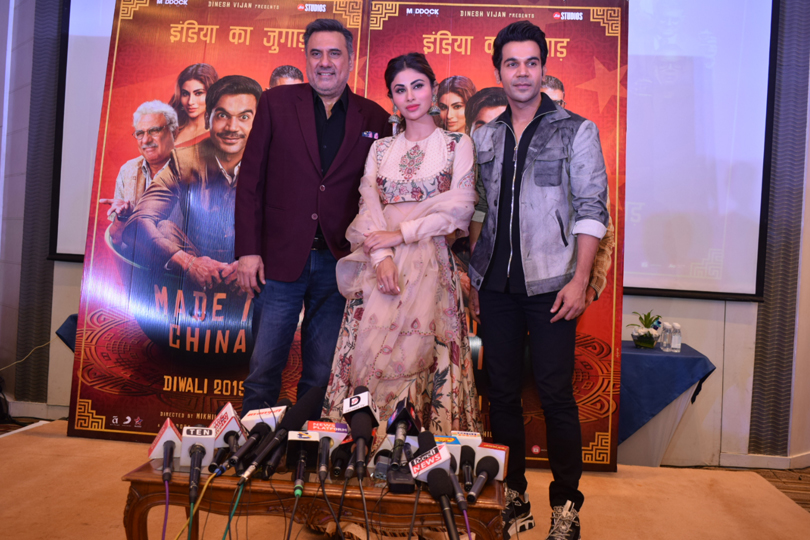 Rajkumar Rao, Mouni Roy, and Boman Irani came to Delhi for the promotions of their upcoming movie Made In China. The movie directed by Mikhil Musale and produced by Dinesh Vijan under Maddock Films. The movie released on 25 October 2019.
Made in china stars Rajkummar Rao, Mouni Roy and Boman Irani in prominent roles. The movie explores the story of a Gujarati businessman, played by Rao, who goes to China to increase his business prospects.
Present at the event, Rajkumar spoke about his character in the film, 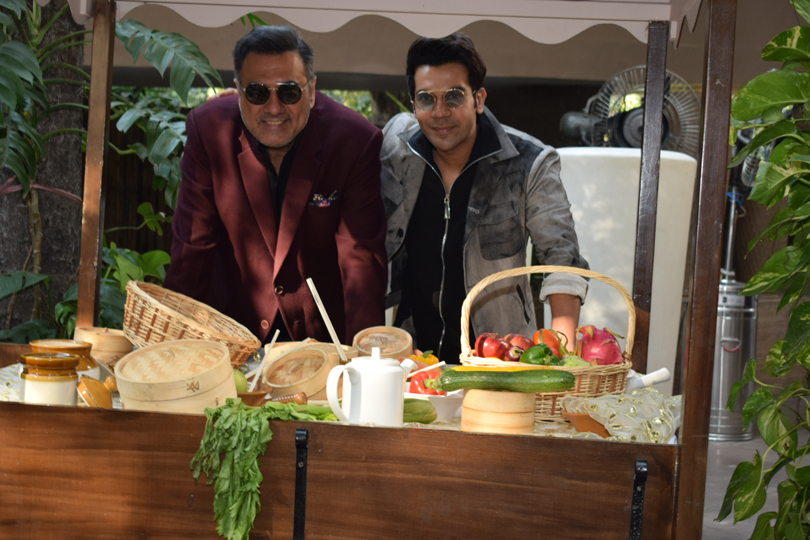 “ I am playing the role of a Gujarati businessman, who faces many failures and rejection in the initial days of his journey. Afterward, he goes to China and gets an amazing business idea. I can relate to my role in real life, as I also faced many rejections in the starting days of my career.”

Mouni shared about her journey of the film, ‘ For me, the role was not easy, I attended mini-workshops to adapt the Gujarati Lifestyle which included to learn mannerisms of the character. As the tagline of the movie says, ‘India ka Jugad ‘, Mouni commented on her debut(Jugad) in the Bollywood industry, “There is no jugad to get a break in Bollywood, it’s pure hard work by which you will get work.”

Boman Irani shared about his character in the movie,

“I am playing the role of Dr, Wardi, who solves bed problems of people and gives them advice. He would like to be treated like any other doctor in the world. He is very calm and composed. 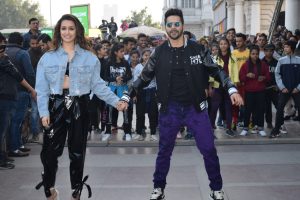 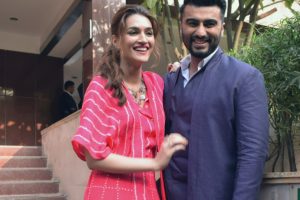 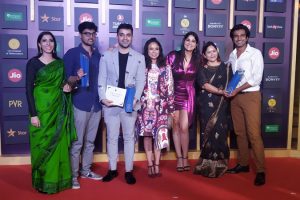 Shwetaabh Singh’s movies has been awarded for MAMI Film Festival 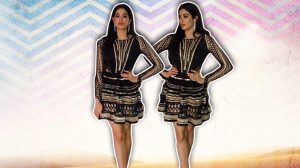