Aside from celebrity arrests, celebrity separations, and the takeover of foreign shows like Squid Game and Money Heist in popular culture, here’s a look at everything that set the eyeballs rolling this year in the world of entertainment.

The movie industry did not have the biggest year this 2021. India’s film industry was rife with controversies, arrests, and legal scuffles in 2021. Unfortunately, these made more noise than actual film releases (when they occurred). We have compiled a shortlist of the entertainment newsmakers that made the biggest splashes, both nationally and internationally. 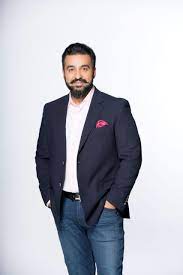 A five-month-long investigation led to the arrest of actor Shilpa Shetty’s husband, businessman Raj Kundra. An FIR was filed against Kundra in February, which led to his arrest. Kundra, according to the police, was responsible for creating and distributing pornographic content via OTT services. Shilpa, however, denied having any knowledge of the matter during the investigation. After the investigation, Kundra was granted bail on September 20. The case is still pending. 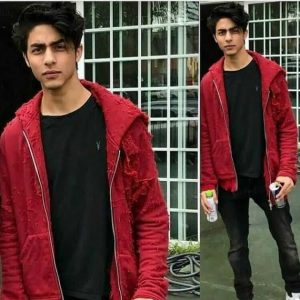 Aryan Khan, Shah Rukh Khan’s son, was arrested by the Narcotics Control Bureau (NCB) on October 3 for an alleged drug bust. NCB asserted that there was evidence linking Aryan and his two other friends (Arbaaz Merchant and Munmun Dhamecha) to international drug trafficking, despite the fact that Aryan was not found in possession of any drugs. Aryan was finally granted bail on October 28. Although the bail formalities took a while longer than expected, SRK was released on October 30, much to the relief of his parents and fans. Despite his arrest, things got ugly on social media as they always do when such a big name gets involved with anything remotely controversial. While SRK’s loyalists mud-slung him, close friends like Salman Khan, Suniel Shetty, Hrithik Roshan, and Juhi Chawla stood by him. The NCB also questioned actor Ananya Panday about the case while Aryan served his time at Arthur Road Jail. After finding relevant conversations between Khan and Panday over WhatsApp, the NCB knocked on Panday’s door. 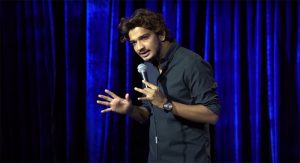 On January 1, stand-up comedian Munawar Faruqui was arrested for allegedly hurting the religious sentiments of Hindus. The complaint was filed against the comedian by Eklavya Singh, the son of a BJP MLA. Munawar, along with four others, was also accused of holding a show without following all Covid protocols. According to Munawar’s lawyer, the case against him was filed only as a result of political pressure. On February 6, Faruqui was released from jail after spending nearly a month in jail after being granted bail. As the Supreme Court granted interim bail to the artist, it cited the FIR as vague.

Tandav, helmed by Ali Abbas Zafar, was one of the most anticipated web series of the year. Tandav immediately caught everyone’s attention after its release on January 15 when it made some creative choices. Initially, the trolling happened online, and then things gained momentum and the first FIR was filed against the makers by BJP MLA Ram Kadam for violating ‘religious sentiments.’ In Lucknow an FIR was filed for portraying Hindu deities in a negative light, and the show was also accused of ‘spreading communal tensions.’ Abbas Zafar issued two statements, the first consisting of an apology, and the second confirming that he had decided to ‘implement changes’ so as to avoid upsetting anyone unintentionally. Additionally, multiple FIRs were filed against the team in Haryana and parts of Uttar Pradesh, calling for a complete ban on the show.

PVC Vikram Batra’s biopic Shershaah, starring Sidharth Malhotra and Kiara Advani, won enormous popularity from not only fans, but also industry insiders. Presented the story of the late decorated army officer, the film was applauded for its subtle depiction of patriotism. The film was bankrolled by Karan Johar. In the meantime, Akshay Kumar’s Sooryavanshi was the first de facto hit at the box office in 2021.

Adarsh Gourav, the actor of The White Tiger, was also a new face this year. Adarsh starred in the Netflix movie as the lead role, which earned him a BAFTA nomination as well as catapulted him to stardom. Hollywood legend Meryl Streep will now work with Adarsh on a new drama series, Extrapolations.

Malayalam film The Great Indian Kitchen proved to be a thoughtful, well-made and necessary viewing thanks to its home-grown success. The film, directed by Jeo Baby, won great acclaim for its depiction of gender dynamics in a new marriage and the entrenched patriarchy that follows women everywhere.

As the year comes to  a close, some of the most beloved celebrity couples decided to call it quits and forge independent paths while promising friendship to each other. Aamir Khan and Kiran Rao in their joint statement about their split, said, “We have shared a lifetime of experiences, joy, and laughter, and our relationship has only grown in trust, respect, and love.”. Today, we are starting a new chapter in our lives as co-parents and The pair announced that they continue to work together professionally as well. They announced their separation in July.

Another popular couple, Samantha Ruth Prabhu and Naga Chaitanya, announced in October that they were no longer together. The former couple tied the knot in 2017.

One piece of news dominated the papers and websites earlier this year, The Oprah Winfrey interview of Meghan Markle and Prince Harry. People wept, their mouths were agape, and ‘revelations’ were delivered. Meghan confessed she contemplated suicide after Harry stated on record that he felt trapped in the royal household. The massively watched interview raised issues relating to mental health and racism.

Almost 14 years long conservatorship ended, that controlled Spears life and monetary situation. The conservatorship got dissolved by Los Angeles judge and finally let her free. The conservatorship came into place when Britney was only 26 and had become a new mother. Controlled by her father James Spears, the legal binding was enforced post Britney’s very public mental health battles. Her fans rejoiced after Britney thanked the almighty on social media after the landmark announcement. Currently, she and her sons are enjoying their teenage years as she prepares to be married.

Even as the world became obsessed by South Korean entertainment squid game and Kim K dominated headlines, there were other happenings that managed to shake up the readers.

Foreign language shows caught global fancy from Squid Game to Money Heist Audiences went gaga whether over South Korean show Squid Game and Spanish-language show Money Heist were all people could talk about once the shows were released on Netflix. Money Heist’s loyal and ever-growing fan base could not have been more eagerly anticipating its final season. Squid Game creators have revealed they are working on a second season.

Marvel Studios hasn’t lost their mojo entirely due to Shanghai and the Legend of Ten Rings, Spider-Man No Way Home’s box office success, and the internet love they have received. Fans are having a hard time connecting with the company. However, the latest Spider-Man flick helped change things. Five days after its release, No Way Home reached the milestone of Rs 120 crore in the Indian market.

The first incident was when Dave Chapelle was under fire for making objectionable jokes about the trans community. As well, back home comedian Vir Das apologized after his jokes about transgender people quickly went viral online. Although Vir asked for forgiveness for the ‘uninformed’ nature of the joke, Chapelle does not believe he should be canceled. He stated that he will not make jokes about the trans community in the future, elaborating further that he will not be summoned to discuss issues that upset them. 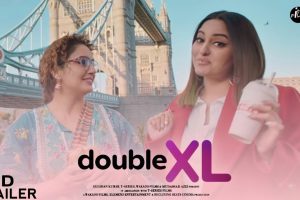 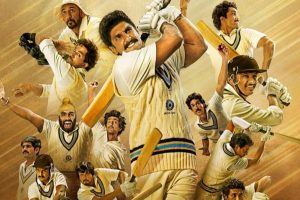 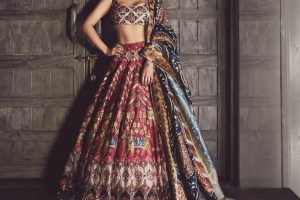 ‘Atrangi Re’ promotions: Sara Ali Khan proves she is stepping up her fashion game, one outfit at a time